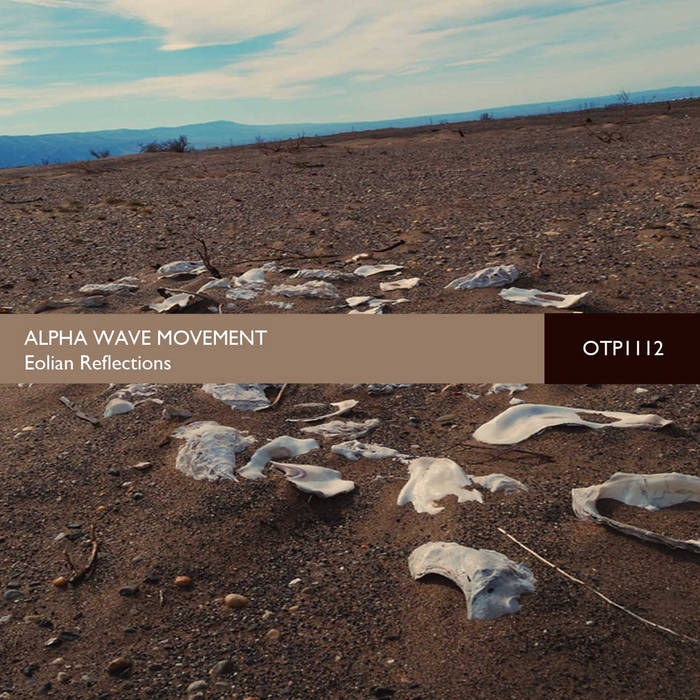 Periphery is very pleased to present the new Alpha Wave Movement album, Eolian Reflections, a stunning slice of contemporary ambient music that draws from the wellspring of Roach, early Rich, Eno, et al, but with its own characteristic flavor & aesthetic. A longtime yet under-recognized figure on the electronic scene, Gregory Kyryluk continues his long-standing tradition of knocking genre straw men down, taking traditional musical forms & spinning his own adjunct sound designs outward, whether it's his unique take on ambient dub-techno as Within Reason, or the myriad timeswept sensations of AWM.

In Kyryluk's own words: "Eolian processes pertain to the activity of the winds. Winds may erode, transport, and deposit materials, and are effective agents in regions with sparse vegetation and a large supply of unconsolidated sediments. Although water is much more powerful than wind, eolian processes are important in arid environments. Eolian Reflection is a purely unconscious follow-up to my 2000 release Drifted Into Deeper Lands. The music once again has been inspired by the timeless arid and unpretentiously living breathing open vistas of the Southwestern United States. Sparse and reflective, sometimes accompanied by electronic percussion, I tried to evoke a deeper and perhaps spiritual nature of "being" there out in the wide open geography, taking into perspective the hot red clay landscape that beckons the cool blue horizons. The lands there speaks its own silent vocabulary for anyone willing to patiently listen."

Semiratruth joins the show to discuss their latest release, "loading..".