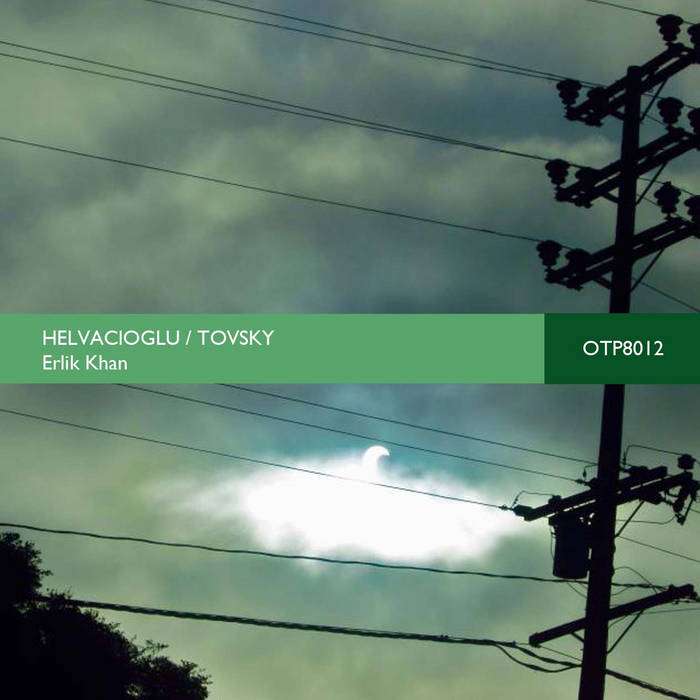 ed kirby The Brownies (not the chocolate cakes,--the little fellars, you know, the wee folk) told me to listen--and then to buy! (As they are oft-times correct, i acquiesced; i listened; i purchased.) Favorite track: Ascendance.

rlik Khan is the god of death and underworld in Turkish and Mongolian mythology. This collaboration between Turkish experimental genre-hopper and multi-media artist Erdem Helvacioglu and Brooklyn, NY contextualizer Bruce Tovsky is a truly otherworldly experience.

Erdem Helvacioglu is one of the most renowned contemporary music composers of his generation in Turkey. He is an ambitious and accomplished composer, as well as a captivating performer and has several works to his credit and performances all around the world. His music has been performed and broadcast all around the world from BBC, ABC, WDR to Radio France. His compositions have been included in most prestigious festivals in America, Europe, Argentina, New Zealand, Canada, Korea, etc. His film music has been heard at Cannes, Sarajevo, Locarno, Seoul, Sao Paulo, and Sydney film festivals and he received the “Best Original Soundtrack” award in the 2006 Mostramundo Film Festival. He has collaborated with Mick Karn, Jacob Young, Elliott Sharp, Kevin Moore, John Wilson, Kazuva Ishigami, Luo Chao-yun, Robert Scott Thompson, Stuart Gerber, Craig Green, Bill Walker, Nathan Larson, Nina Persson, Todd Reynolds, Kinan Azmeh, Jeffrey Roden, Ros Bandt, Natalia Mann, Stefan Ostersjo, Per Boysen, Sirin Pancaroglu, Saadet Turköz, Izzet Kizil and many more.

Bruce Tovsky began painting at the age of 7 and started playing with tape recorders at the age of 10. ever since then he has been putting sounds and pictures together. after getting an MFA degree in multimedia art from rutgers university in 1979, he began showing his video work across the usa, europe and japan. the late 70’s to mid 80’s also saw him involved in the downtown nyc film and music scene, where he produced records, made videos, and did live sound for liquid liquid, model citizens, del byzanteens and dog eat dog among many others. he did sound design, mixing and editing with many of the underground filmmakers of the day, including beth and scott b, richard kern and eric mitchell. during this same period he and two partners had a recording studio in chelsea where they produced work for a diverse list of artists and labels, including tommy boy, foetus, bernie worrell, sleeping bag and lydia lunch. in the 90's he mostly collaborated with choreographers, scoring works for muna tseng, charles dennis, cydney wilkes and more. the turn of the century saw him creating live video and sound improvisations - often in collaboration with other artists such as john hudak, zach layton, shimpei takeda and richard garet - in spaces around nyc, including diapason, experimental intermedia, issue project room, fotofono, and his own studio space 106BLDG30 at the brooklyn navy yard. part of a sweeping reappraisal of the 80’s downtown nyc scene, he has recently produced two major reissue projects: liquid liquid and dog eat dog, both of whom have had deluxe vinyl/cd packages issued.
more to come.

Kyle McNeill joins the show to talk about his new project, Phantom Spell