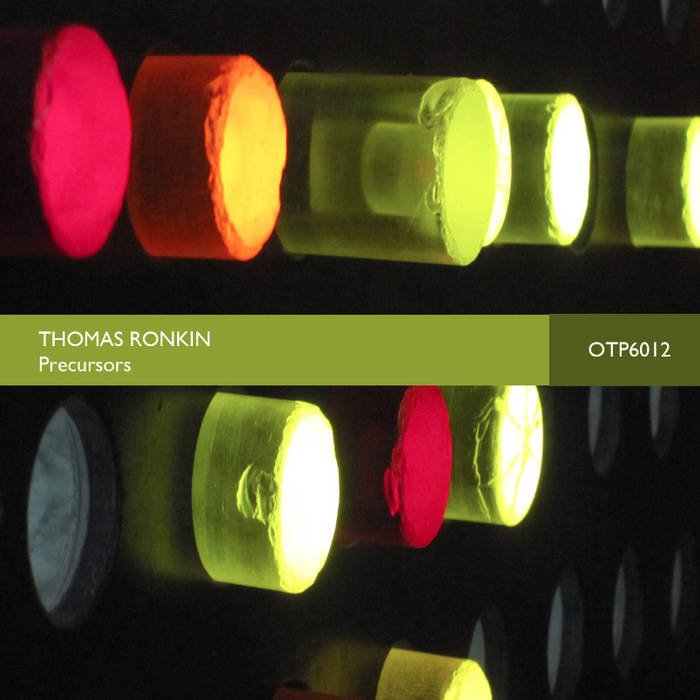 At the time of the recording of the works to be found here — the early to mid 80s — such music was deemed "unfashionable" within a musical climate gripped by post-punk, new wave, and the onslaught of mild-mannered "new-agers". Electronic music as a genre was on the cusp of being wholly subsumed into dance-based culture and what few categorical analogs then existed (Steve Roach, the aforementioned German sequencer mavens and their ilk) were keen to hammer out their own unique directions regardless of trends or topicality. Fortunately, the industry's ebb & tide dictates that what goes around comes around — today, thanks to a whole generation re-embracing 80s sonic culture, the decade that gave simultaneous birth to John Carpenter, Giorgio Moroder, John Foxx, TD's Hollywood soundtracks, and minimal wave synth-pop, Ronkin's transcendent music is cause for celebration, and never been more timely.

Using then state-of-the-art drum machines, synths, and sequencers, Ronkin works the minimalist/maximalist dynamic to exhilarating effect, his variable tempos and headrush pulsations creating currents of rippling energy that dance nimbly through the eardrum. Whether your tastes gravitate towards the bygone eras of classic Schulze, Roach, Steve Reich, and David Borden's Mother Mallard, or the contemporary skeins fomented by Oneohtrix Point Never, Pulse Emitter, Emeralds, Skaters, etc., Precursors remains just as dazzling now as when it was first forged nearly three decades ago.

Recorded live to tape between 1984 and 1986 in Thomas Ronkin’s studio in Venice, California, on Roland, Sequential Circuits, and Crumar synthesizers and sequencers. Though normal, slight distortion may be discerned on some of these tracks due to the limitations of the analog equipment of its time.

Many thanks to Dean De Benedictis and Darren Bergstein for instigating this resurrection.

Alex Rita and Errol from Touching Bass feature in our special London edition of the Bandcamp Weekly.