by The Electric Golem 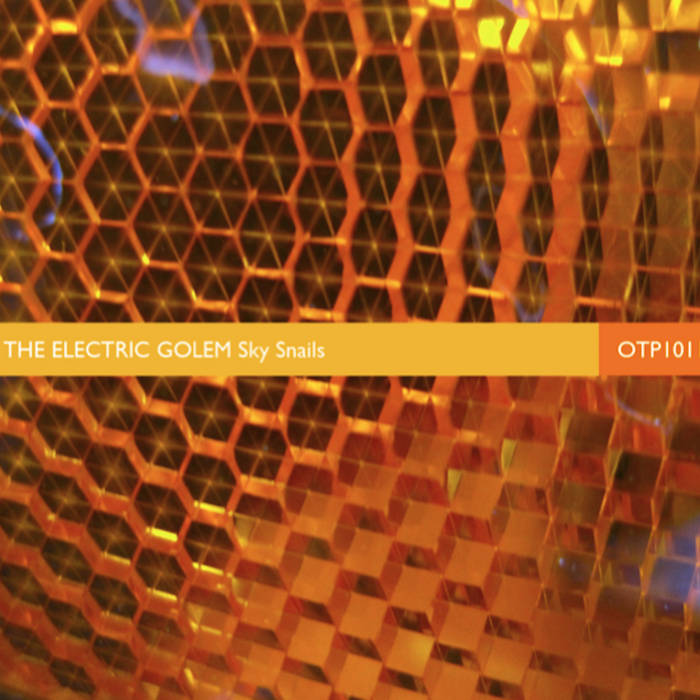 James Spitznagel and Trevor Pinch comprise the duo known as
The Electric Golem, who yield generative, modern psychedelic mindscapes thanks to Pinch’s command of his Moog Prodigy and homemade modular synths, and Spitznagel’s own battery of devices: the textures he coaxes from the Evolver, Mopho, Tenori-on, Nintendo DSi, iPod Touch, and Orb Sequencer are as novel as the modules themselves.

During his daylight hours, Pinch is Professor of Science and Technology Studies and Professor of Sociology at Cornell University, as well as the coauthor of perhaps the definitive book on synthesizer technology, Analog Days: The Invention and Impact of the Moog Synthesizer. Pinch’s expertise on those beloved vintage instruments is vividly illustrated by his use of atypical tone inventions, emphasizing the machine’s grungier true grit. Spitznagel reflects his colleagues’ savvy well; a techno-polyglot, digital computer artist, photographer, and sonic provocateur who has released all manners of twisted electronica on his Level Green imprint, he continues to raise the bar for circuit-based music as he parries with the notions of tone, glitch, frequency, and pulsation.

Sky Snails is the 2nd effort by the duo, whose methodologies, arising from the collision of knob and touchscreen, birth incorporeal soundsculpting of a high order. Falling outside of traditional European space music climates or post-Tangerine Dream/Klaus Schulze dogmas, The Electric Golem rejiggers the work of past pioneers Pauline Oliveros and the BBC Radiophonic Workshop rather than the cosmic contrails of hirsute krautrockers. Simply put, the duo's narcotized designs craftily
upset the avant cart.

Recorded live in one take at Mabel Sounds, Ithaca, New York. Engineered by Inverse Room. Music written by Pinch and Spitznagel. Thanks to Darren Bergstein and John (the third Golem). TEG logo art by Santiago Morilla. Sleeve design and imagery by Darren Bergstein

Trevor de Brauw of RLYR and Pelican stops by for a chat, plus a tribute to the late Trevor Strnad